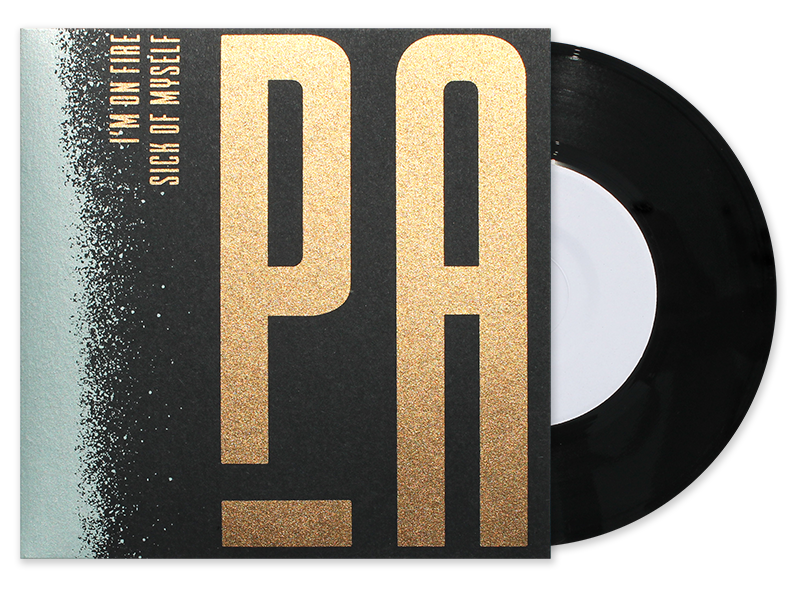 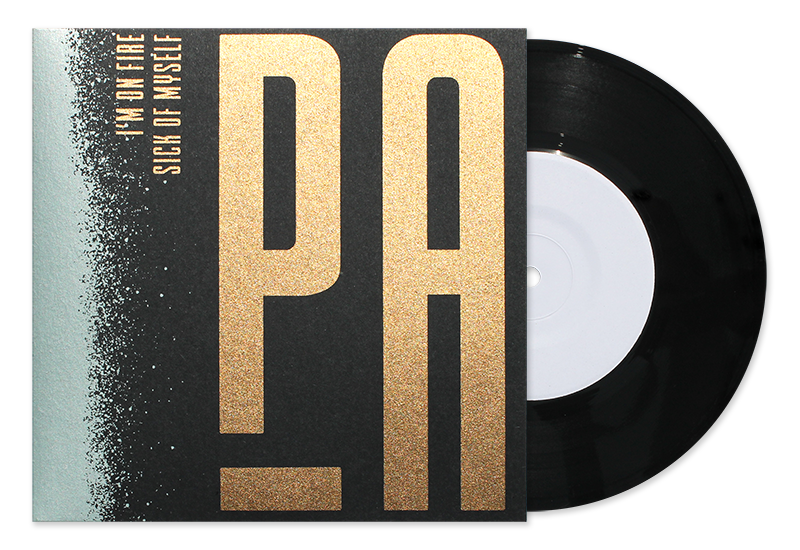 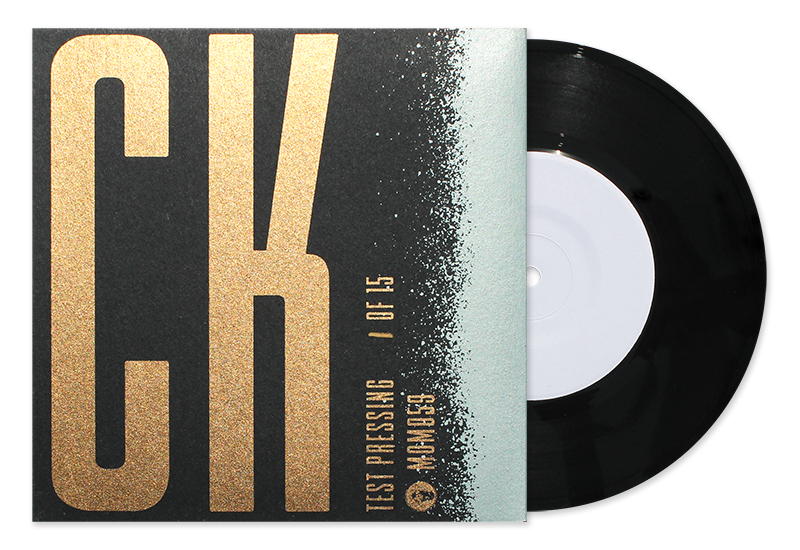 To celebrate the debut 7" from PACK, we did a custom two-color screen print on black board and then glued them all together into a standard pocket jacket and then numbered them out of 15 total copies! The prints are done in a metallic gold and a custom-mixed metallic baby blue ink.