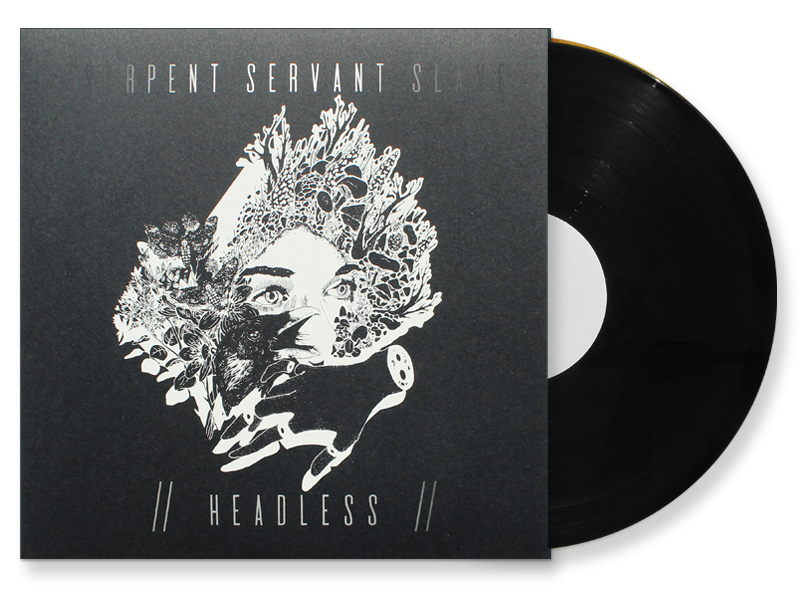 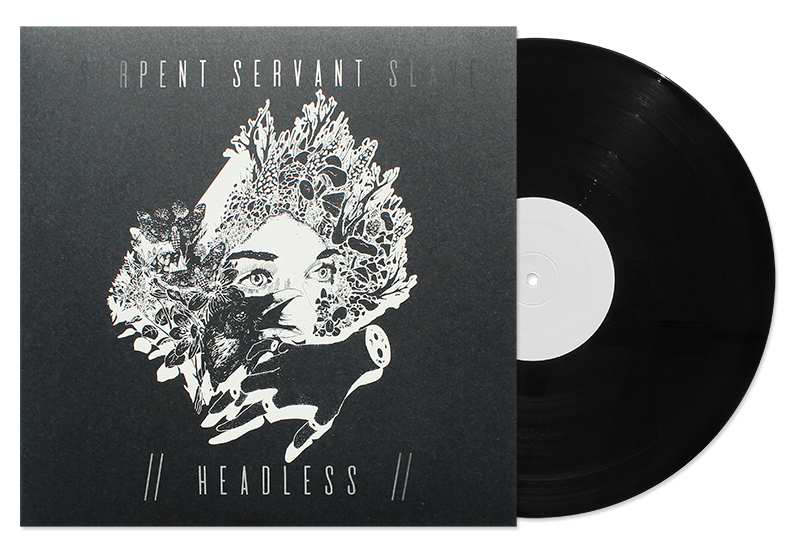 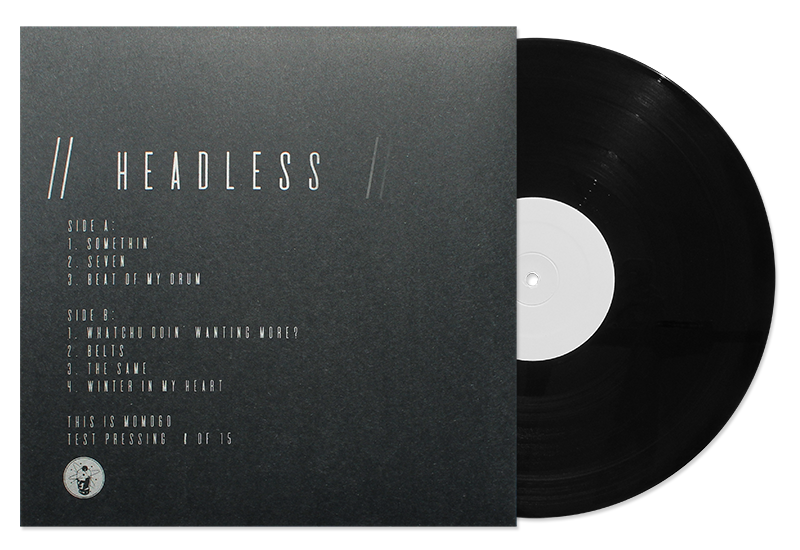 It was a fun adventure to try to keep the beautiful artwork intact and screen print it all. Using black board, a white screen print layer and then two separate split-fountain prints fading from silver to dark gray, these were a challenging print to execute! Once the printing was done, these were all cut down and glued by hand into traditional jackets and numbered out of 15 copies.

Headless finds the duo exploring elements of electronica and alt-rock, blending it with some not-so-subtle gothic undertones and - at times - tipping their toes into an almost industrial-like sound. While the album themes are rather dark, they are also melodious and harmonic. Simply put, these songs have killer hooks that get stuck in your head with a constant throbbing beat that will keep your toes tapping along.

The first pressing of the vinyl version of Headless is limited to roughly 300 copies, and they are pressed on heavyweight, virgin vinyl. The color variants for this run are stark black & white to align with the album artwork and each copy comes with an 8 page 12x12" booklet complete with additional artwork from Unseen Hues. The album release show is still pending, so those 25 are not currently available for sale online, as we are holding onto them unti the universe allows us to do something cool with them!