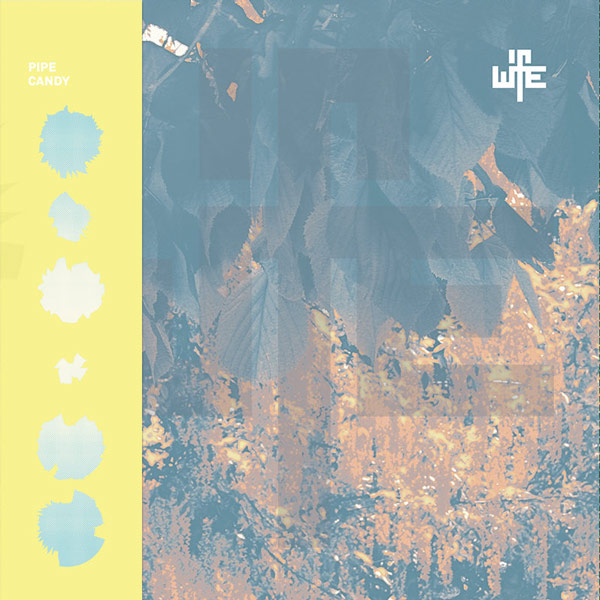 WIFE is the brainchild of Nick Steinhardt (Touche Amore) and Andrew "Dewey" Thomas (Vow). It sounds absolutely nothing like either of their respective musical outlets at a glance...but after hearing this release, you begin to realize some of the insane depth that both of these two musicians bring to their regular outfits.

"Pipe Candy" was originally self-released by the duo in 2011 to much acclaim and has since gone out of print. We wanted to bring the album back and accomplish two things:

For the latter, we opted to add what we are calling a "spine cap" which is a piece of 100lb french paper (banana yellow, to match the vinyl pressing color) that was individually die-cut and screen printed before being assembled. It slips over the spine edge of the record, giving it an extra bit of detail, and also giving us a spot to hand-number the record without detracting from the gorgeous artwork curated by Mr. Steinhardt.

As for the music, check out the link below. WIFE is 100% instrumental, but focuses more on the atmopsheric ebbs and flows, as their music has no vocals or drums! The intensity achieved between the duo without the addition of extra instrumentation is impressive and emotive. This release is a must for anyone who enjoys ambient, drone, and/or noise genres.