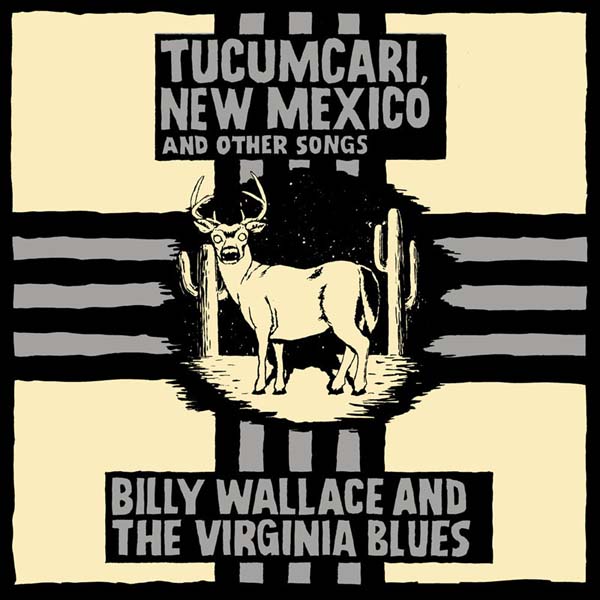 Having returned to his town of birth, The Queen City, Cincinnati, OH, Wallace recruited some pretty amazing musicians - and downright good folks - to back him up on the new record. This latest incarnation of the Virginia Blues includes Matt Hemingway (The Dopamines, Black Tie Bombers, State Song), Jon Weidenbacher (Lost Hands Found Fingers, Shivs) and Mike Saylor (Team Stray) and a host of immensely talented others.

Billy Wallace first started touring the country playing music in 2004 as the singer and guitarist for the Roanoke, VA based indie-folk band, The Wading Girl and later as the bass player in Tim Barry’s backing band. In 2009, Wallace set out on his own, releasing his debut album The Road Spit Me Out, in August of the same year. It got great reviews, but no one really cared. Nevertheless, he spent the next two years on the road, crisscrossing the whole of America time and again. His new record, Tucumcari, New Mexico and Other Songs, is an account of the friends - and sometimes enemies - he made, the people he loved and lost, the highways he wrecked cars on, and the towns he got drunk in along the way.