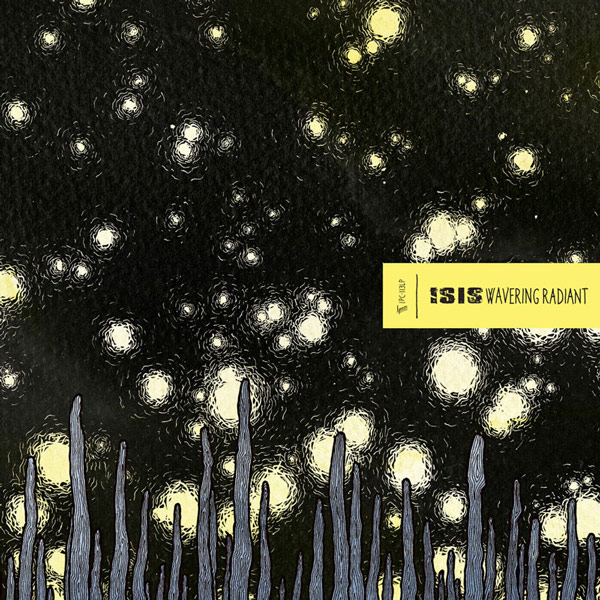 The music of Isis is a suitable metaphor for their 12-year career; patient, meticulous, fraught with tension and gradually building towards an apex of seismic proportions. Isis have successfully navigated the process of growing and evolving without disavowing their initial vision.

Wavering Radiant finds every component of the Isis armoury coming into equal play and becoming an audiophile's dream. Grandiose without being over-indulgent, epic without compromising focus.

Wavering Radiant is the fifth and final full-length album by American post-metal group Isis, last released by Ipecac Recordings in 2009 and produced by Joe Barresi and recently remastered for vinyl by Mika Jussila. It stands as Isis' last full-length album, as the band split just over a year after its release. The album continues Isis' history of lengthy songwriting, yet presents a slight departure from the soft-loud dynamics and post-metal aesthetic which characterized previous releases.

Reviewers noted a continued increase in melody from previous releases, and many were quick to note an increased prominence of keyboardist Bryant Clifford Meyer's work, using a Hammond B3 organ. In keeping with Isis' retinue of concept albums, a thematic strand runs throughout, dealing with dreams and Jungian psychology. Robotic Empire is thrilled to once again to supply this gatefold, double-LP vinyl edition of Isis' classic album on black and limited colored vinyl.